With the rise of technology and the worrying impact of social media on the younger generations, schools are finding it increasingly difficult to combat social issues such as loneliness, isolation, self-scrutiny and self-expression. One antidote to this is the presence of music and theatre in schools, which, when included in the curriculum in innovative and engaging ways, can help today’s children feel more connected and confident in themselves. Activities where children can themselves engage with the issues that affect them is a powerful way to bring potential solutions to light.

Wiltshire Music Centre is joining forces with Swindon-based Prime Theatre to develop a new musical and theatre production for school children aged 9-11. The show, based on the Ancient Greek myth of Narcissus and Echo, is seeking to explore these themes of identity and self-reflection for children reaching the end of primary education. The exciting project which is now reaching the end of its first phase of consultation workshops in four local Wiltshire schools will be produced in 2020 as an entertaining and engaging touring production with insertable scenes devised by the schools and their music teachers. It will be toured to schools across Wiltshire in late February 2020 after a debut at Wiltshire Music Centre in Bradford on Avon. In addition, the project will enhance arts and social education by creating opportunities for both pupils and teachers to develop their skills and confidence in music and theatre.

Music and drama leaders from Wiltshire Music Centre and Prime Theatre led workshops this month to develop material for the show. Wiltshire Music Centre practitioners Aga Serugo-Lugo and Rosie Bergonzi, along with Prime Theatre’s Mark Powell (Artistic Director) and Emma Barr (Associate Director) have been at the helm of the creative sessions. Workshops took place at Heytesbury Primary School and Horningsham Primary School in Warminster and Corsham Broadwood and Pound Pill Primary Schools over the course of two weeks. In total, over 150 children aged 8-11 took part in the research and development phase of the show, the majority of whom do not have opportunities to engage in the arts on a regular basis.

In these sessions, the creative team worked with the children to develop their confidence as performers, engaging through singing and acting sessions to teach new performance skills. It was thrilling to see the reaction of the children and the teachers, who commented that many of the participants engaged in the workshops in new and exciting ways.

One teacher from Horningsham primary school said of the project: “The kids reacted in a real and positive way; the creative message of the workshop will resonate with them outside of school”. After their own creative session, a teacher from Heytesbury Primary School also commented “We don’t get as many opportunities to perform; the children were totally different character wise in performance … they loved being a part of the workshop”.

During the sessions, the pupils explored the myth of Narcissus and Echo in more depth through a number of drama games which increased their confidence, then acted through the story reflecting on their own lives and experiences to enrich the narrative. Students were able to immediately relate Narcissus’ obsession with his own image, Echo’s loneliness and inability to speak and eventual starving of herself with ideas and stories from social media and life experiences. With the introduction of some key pieces of poetry, the young thespians were then afforded the opportunity to explore the importance of the myth’s themes from a different angle, linking them with their daily routines at school and home.

One student from Heytesbury Primary School said “it was really interactive… we all felt very involved” while another from Corsham Broadwood remarked that “acting and making music made the poetry really fun!” Through involving children in the creative process and gathering ideas from pupils and teachers in order to inform the development and delivery of the production, phase 1 of this unique co-commission project builds on Wiltshire Music Centre and Prime Theatre’s commitment to co-designing innovative creative projects with young people to provide increased access to different forms of culture in the wider community.

After a series of in-school workshops planned to take place in more primary schools in early 2020, in which the schools will create bespoke insertable scenes for the show, the production will then make its public debut in its final form at Wiltshire Music Centre on Sunday 23rd February as part of the Centre’s Spring Summer season of music in 2020. 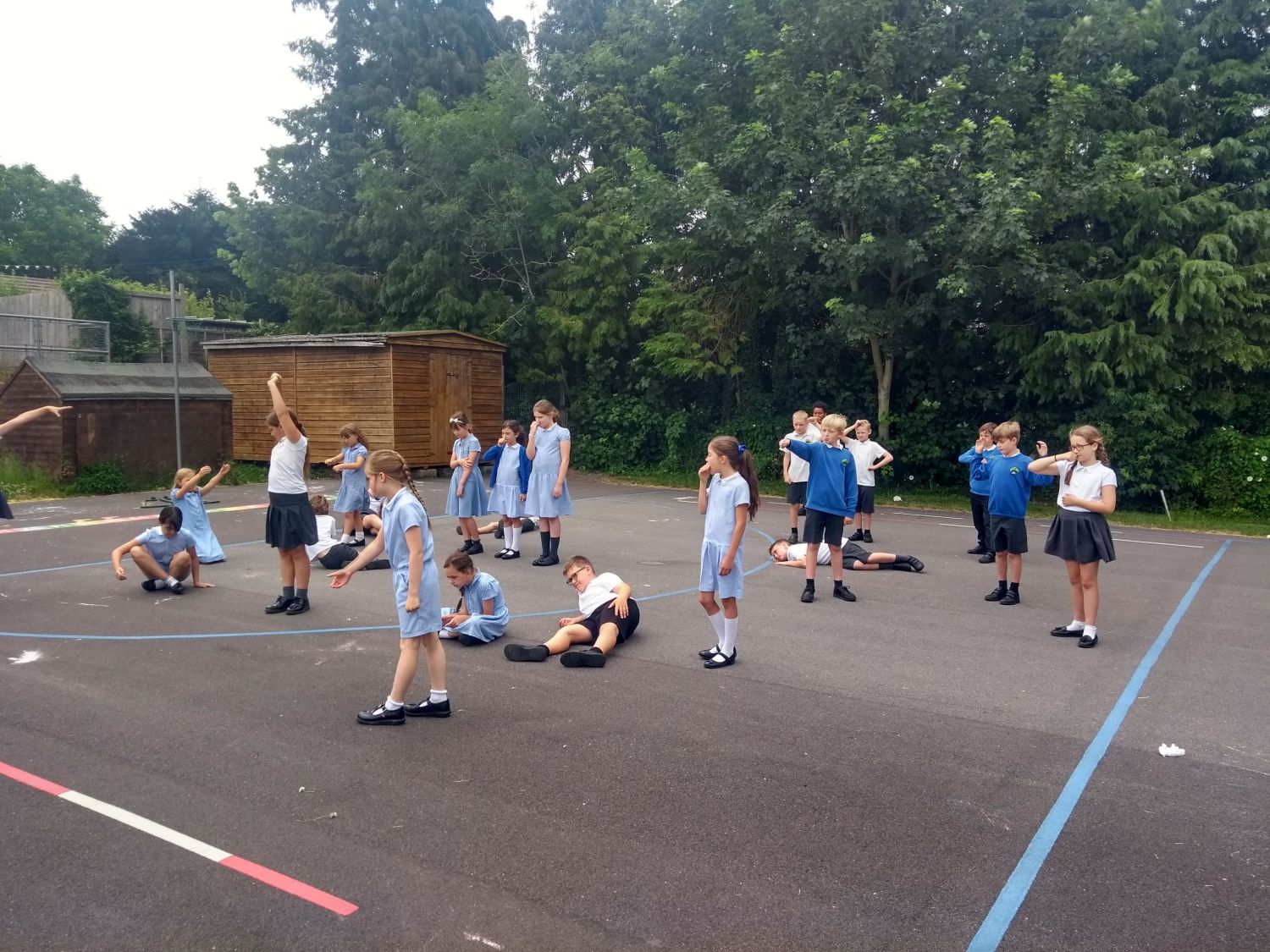 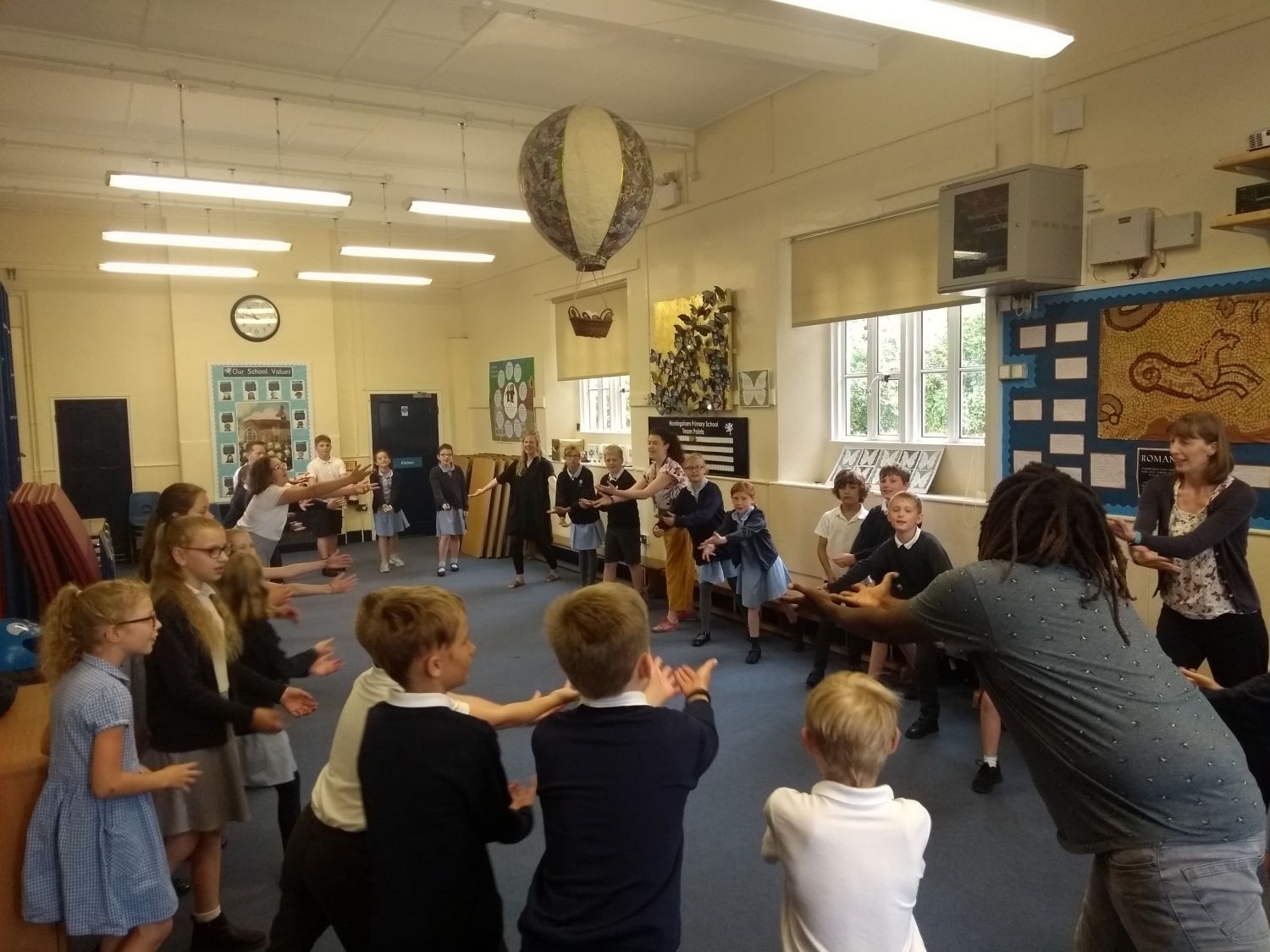